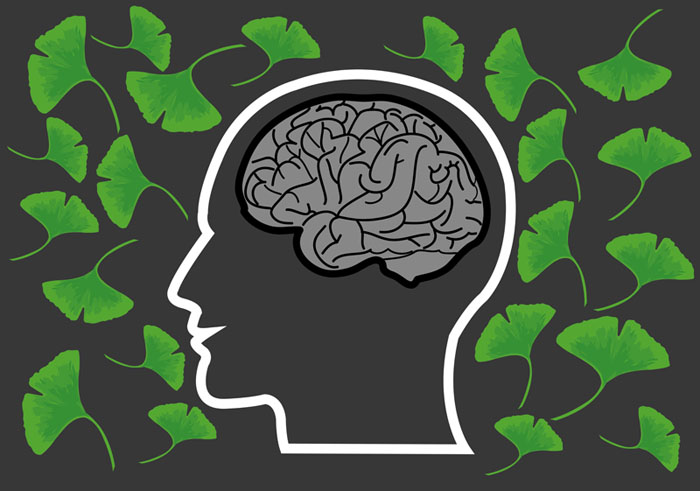 When looking for ways to be more productive in your work and career, herbal remedies might not be the first thing that pops into your mind. But a growing number of evidence, both scientific and anecdotal, confirms what many people have claimed for centuries – that Mother Nature provides the means to accelerate your personal growth and empower your mind and body.

Some herbs have been used in traditional medicine around the world for their ability to boost mental clarity, ease stress and increase mental and physical performance. Below are seven such herbs that can help you level up your life in a multitude of ways. 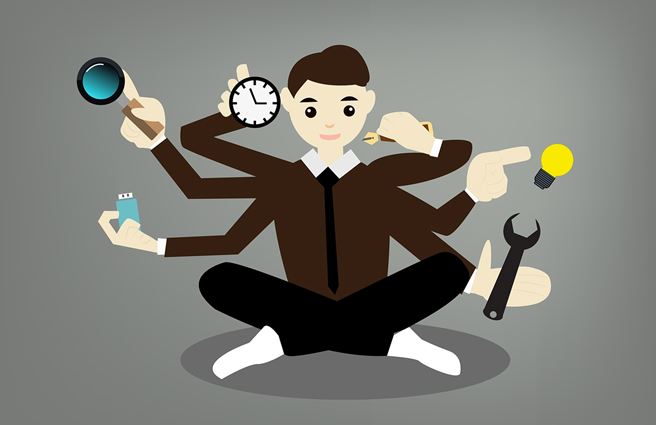 Ginkgo Biloba is extracted from the leaves of the Ginkgo biloba tree and may be consumed in various forms. This herb has only recently become popular in the United States, but it has been used for thousands of years in traditional Chinese herbal medicine and is also one of the most popular natural herbs used in Europe for its medicinal properties.

Ginkgo biloba is an anti-inflammatory that has been shown to improve circulation and increase blood flow to the brain. This can help with mental focus, memory, and concentration, which can be of great help in improving your levels of productivity.

A study conducted by researchers at Purdue University involved 39 participants over a period of 13 weeks. After dividing the subjects into two groups, the researchers gave one group of participants Ginkgo biloba in doses of 184 milligrams, while the other group received a placebo formula. The subjects who received the Ginkgo biloba were more productive when given various series of tests every four weeks compared to the placebo group.

It should be noted that Ginkgo biloba acts as a natural blood thinner and it should not be used in conjunction with certain substances such as NSAIDs, as this could cause the blood to become too thin and could lead to health problems in some individuals.

Brahmi is the name used to describe a couple of herbs that share similar properties – Centella Asiatica and Bacopa mannieri. It is regarded as one of the best herbal cures available for improving mental clarity and focus while reducing levels of mental stress, nervousness, and anxiety. It refreshes the brain and nervous system by supporting our intelligence and helping the right and left hemispheres of the brain to work in greater harmony. Brahmi oil can be applied directly to the skin or massaged into the scalp. It can also be ingested in tablet, liquid, or powdered form. 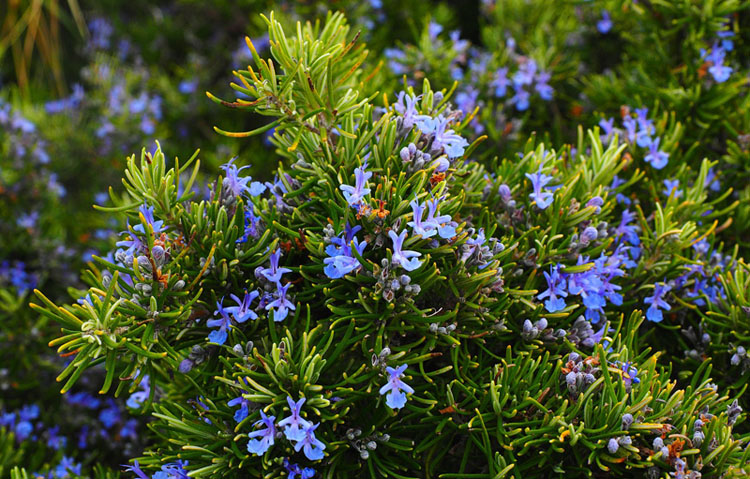 Rosemary was called the herb of remembrance for centuries and is said to soothe the nervous system to help you stay in a calm and restful state of mind. Rosemary essential oil is often used both for memory retention and to fight off mental fatigue or “brain fog” and can be applied topically to the skin. Research by Dr. Mark Moss at Northumbria University found that the smell of rosemary increased test subjects’ mental speed, memory, and accuracy by 10 percent during tests, as it seems to stimulate the limbic system in the brain. 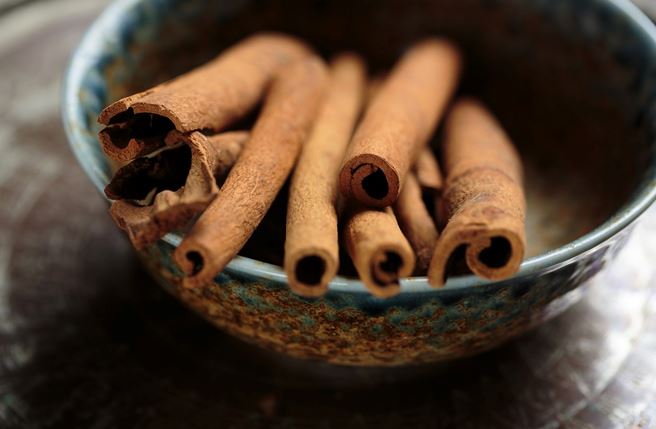 Cinnamon helps fight off brain fog and fatigue while boosting concentration and mental sharpness. Aromatherapy methods are the most common ways to use cinnamon, either by inhaling essential oils or by burning a cinnamon-scented candle. But you can also chew and suck on a dried stick of cinnamon or use cinnamon shavings to create an herbal tea for sipping through late-night work and study sessions.

Peppermint candies were commonly given to students taking tests, and it was believed that this herb actually makes you smarter. Well, it might not technically affect your intelligence, but it does seem to give that impression. Inhaling the menthol fumes of peppermint increases the oxygen levels in your blood flow, increasing your state of mental alertness and concentration. 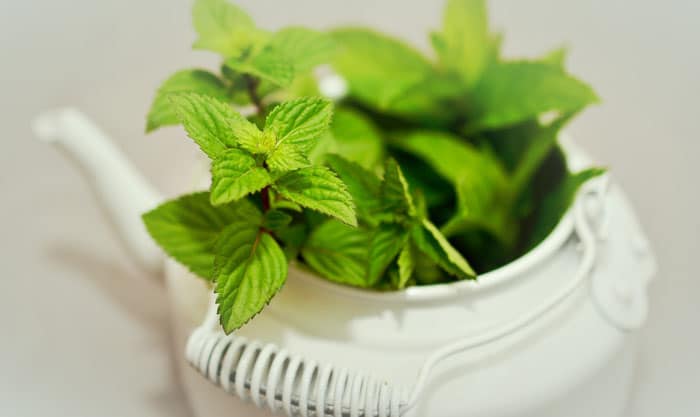 Students at Wheeling Jesuit University were given different flavors of chewing gum during tests, and those who chose peppermint gum performed better with improvements in memory and focus. Another study at the University of Cincinnati achieved similar results with those students getting better grades on their tests post-peppermint.

Holy Basil has been shown to help the body and mind reduce stress levels. Basil has been used for its brain-boosting properties for centuries to improve memory, increase mental focus and clarity and to improve alertness and concentration. Inhaling deeply from 20 to 25 drops of basil essential oil used in a diffuser can produce a quick mental jolt when needed during a study session or other mentally challenging activity.

A popular mental stimulant since the 1700s, Ginseng has been reported to boost your energy levels and mental focus by dilating blood vessels and increasing blood flow and circulation to the brain and throughout the rest of the body. A U.K. study found that 400 mg of ginseng extract improved subjects’ speed and accuracy on mental skills tests. 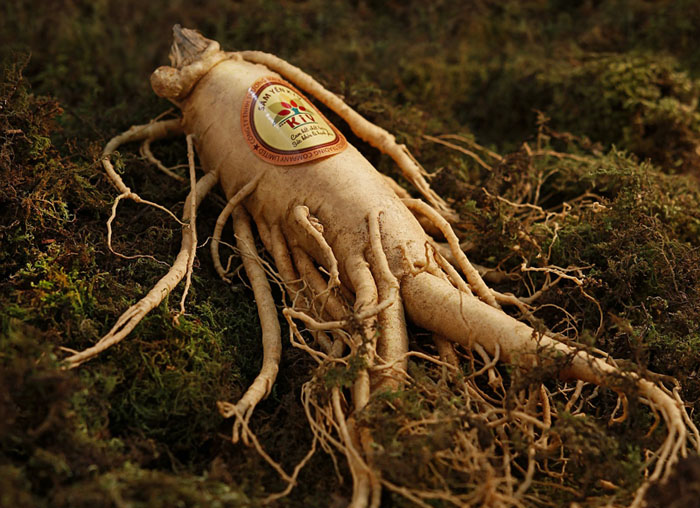 In another trial in France, night-shift nurses who used Ginseng reported reduced levels of mental fatigue and increased levels of mental focus and memory. One to two grams of dried Ginseng root is commonly used to make herbal teas to be sipped throughout the day, but because of its blood-thinning properties, it is not recommended for everyone. Check with your physician before taking Ginseng root if you are taking medications or have had blood pressure problems.

There are a huge variety of natural herbs that have been used over the centuries to boost mental clarity, focus, concentration, and memory while fighting off mental fatigue and memory loss, with ginseng, basil, peppermint, cinnamon, rosemary, brahmi, and ginkgo biloba being some of the most popular ones. The next time you are faced with some demanding creative and mental activities, try some of these natural herbal remedies and see how they affect your performance and productivity.

The Last Prohibition: The Vindication Of Marijuana

Health Benefits Of Walnuts – A Precious Gift Of Winters