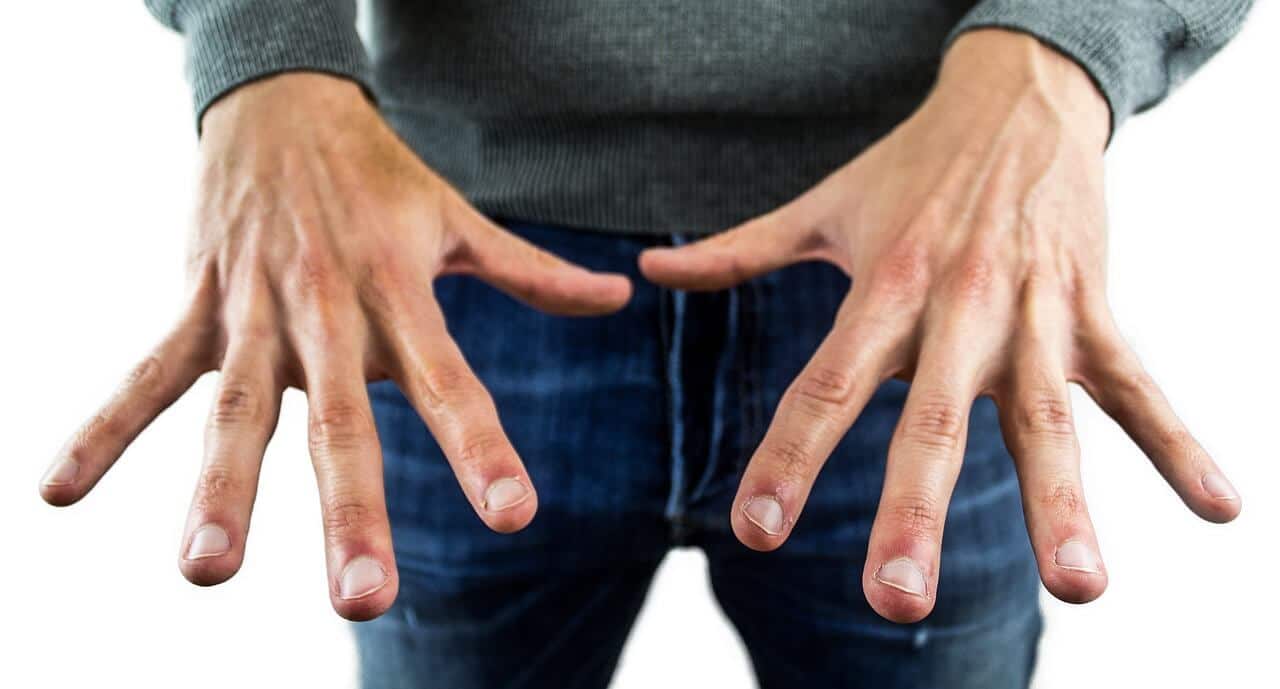 Our body has numerous indicators, these are the variables usually susceptible to the normal or nearly normal evaluation of the state of health and well-being of an individual. One of the indicators promising the assessment of an individual’s systemic health and regular functioning is fingernails.

People usually trim their nails on a regular basis but do they have a look at them while trimming? When’s the last time you really took a closer look at your nails while trimming.

Your nails can reveal a lot about your health. Nail abnormalities are a triggering clue about certain diseases that most of the times you are unknown to. But to learn how they are going to divulge the abnormalities we need to understand a little, what is normal and abnormal about nails. Let’s learn how your fingernails can reveal clues about your health status. We will discuss, how the change in nail’s color, appearance, shape, and texture speaks about your overall health.

Normally nails have a pinkish pale appearance. At the proximal end of the nail plate, there is seen a whitish crescent called the lunula. Fingernails and toenails under normal circumstances are free of any depressions and elevations. They have a uniform consistency and smooth texture.

A condition that is commonly known as white discoloration. It is derived from Greek words (leuco) means white and (onyx) means nail. Its occurrence is due to the accumulation of sizable particles of keratohyalin. This obscures the pinkish pale color in the nail bed normally. The appearance of white spots may look different in diversity. They are often:

These whitish bands and spots come with any injury to the nail bed, traumatic injury such as a stroke from any hard object. Any allergic reaction and unnecessary more frequent manicures can also be the reason.

Any injury to the nail may appear as a centered larger spot. Allergic reactions are most likely to appear as a cluster of starry scattered spots all over the nail. Small pinpoint spots are related to zinc and calcium deficiency. Manicure gels, gloss, and hardeners have chemical-based reactants that may cause a fungal infection to the nails onychomycosis, white web-like appearance.

These nails represent ground glass opacification of 80% of the total nail structure. Lunula is obliterated and a small band of the normal nail with the pinkish background is visible approximately 0.5-3mm of the total band’s width.

Such nails are mostly seen in patients with underlying systemic diseases most notably cirrhosis ( liver disease), chronic renal failure, and congestive cardiac failure. On the nail biopsy, it is observed that there is a remarkable increase in the connective tissue growth and a drastic decrease in vascularity.

In 1954, Richard Terry described white nails in 82 of 100 patients having liver cirrhosis. Having a glance these nails are also associated with other systemic diseases such as Type 2 Diabetes Mellitus and Leprosy.

Half and Half nails

Half and half nails are also known as Lindsay’s Nails. Lindsay’s nails have the sharp demarcation of the nail bed into a proximal whitish portion and a distal portion having a red, pink, or brownish base. Along with these changes, an additional melanin pigmentation is also seen in the acral nail unit.

A new nail syndrome designated the half and half nail have been observed in 25 patients. Twenty four of these patients had evidence of renal disease and 21 had azotemia. The pattern of the proximal nail bed whiteness and distal nail bed red, pink, or brown band occupying 20%to 60% of nail length should alert one to the possibility of azotemia. This pattern seems distinct from the white nail of cirrhosis described by Terry.

These pigmentary nail changes are observed in patients with chronic kidney failure.

Paired white transverse lines are seen on the nails. Muehrcke first described paired narrow bands in 65 patients having a deficiency of protein albumin in the human body. Studies have stated that these white horizontal bands are correlated with decreased serum albumin levels i-e below 2.2g/100ml.

These nails present a classical puffy and edematous state where they are continuously exerting pressure on the underlying nail bed hence, decreasing the erythema (redness) by inducing pressure on the vessels. There are typically two horizontal bands running parallel to each other and to the lunula. They are separated from each other by the normal pinkish pale nail. They do not show any pitting or depressions and are usually found on the 2nd, 3rd, and the 4th nail. Rarely found on thumbnails

Commonly named as Reynolds lines. These lines are 1-2 mm and run parallel to the lunula. The most common cause of these lines is arsenic poisoning. They usually disappear when pressure is exerted on the nail bed. It is classically associated with heavy metal poisoning and patients on regular chemotherapy sessions. Mee’s lines grow out and disappear when the nail lengthens.

Beau’s lines manifest as indented ridges on the nails. Running in a horizontal fashion across the nail plate. Their occurrence depends on recurrent infections, regular chemotherapy sessions, and repetitive manicures. These factors cause damage to the developing nail matrix. It slows down the growth of the nail and the drop in nail growth is by 3mm/month. There is the cessation of cellular division in the nail matrix giving it a groovy pitted appearance.

Koilonychia is the term medically used for depressed nails or concave-shaped nails. The primary condition for these spoon-shaped nails is Chronic Iron deficiency anemia. Nails are depressed in the center with the raised and upturned outer edges. The lateral and distal parts of the nail are
detached from the nail bed.

Clubbing of the nails is associated with heart and lung diseases. Nails look like an upside-down spoon. The mechanism of clubbing includes dilation of blood vessels in the distant regions of fingers resulting in the formation of excessive connective tissue.

Melanonychia is the brownish-black discoloration of the nail plate. Melanin is responsible for the discoloration. Melanocytes are present in the nail bed and they are mostly in a quiescent or inactive form. Any stress, trauma, and inflammation cause excessive melanin synthesis and release. Darkly pigmented races i-e Blacks, Asians, Middle-Easterns, and Hispanics are more commonly affected.

A clinical condition referring to the loosening or separation of a fingernail or toenail from the underlying nail bed. Loosening is initiated at the tip of the nail and progresses in the backward direction towards the proximal end over the period of time.

4 Helpful Tips To Treat and Maintain Your Anxiety

4 Helpful Tips To Treat and Maintain Your Anxiety

Ways To Naturally Boost Your Immune System This Winter