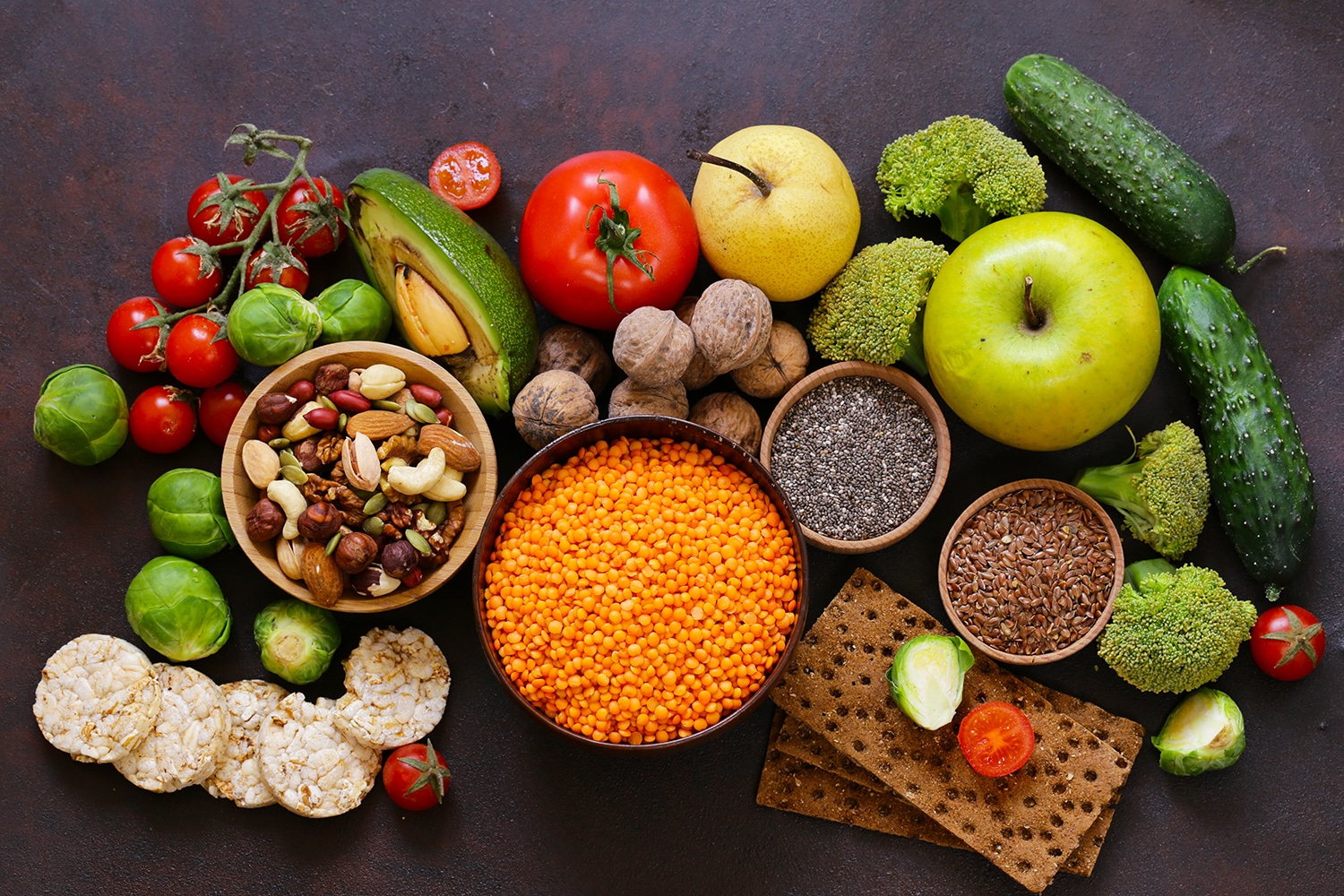 Nowadays, many people are switching to a vegan diet and are cutting down the intake of animal products. That, in turn, has led to the use of fortified and plant-based foods. No doubt, plant-based products are a good source of protein. Those people on a diet need protein as a crucial nutrient as it is the building block of the body, especially for muscles and tissues. Not only that, but protein also serves as a helping hand in the immune system.

But the problem is, you cannot consume all of the nine essential amino acids (the unit part of a protein) by a single plant source. You would need to add a variety of these green things so that your body may not go out of normal functioning. By including these plant-based protein-rich foods in your vegan diet, your body would get enough protein and healthy fats to keep on growing at a healthy pace.

So, without a minute, let’s check out 10 best plant-based protein foods for your vegetarian belly.

Chia seeds have a lower ratio of protein in them; however, they still have all the nine essential amino acids. These could be the best addition in your diet as these are well loaded with blood-sugar stabilizing protein, fats, and fibers. The plus point is chia seeds help to lose weight. Most importantly, a study from Pennsylvania State University suggests that chia seeds are filled with omega-3s fatty acids called ALAs that will help to lower the risk of heart disease.

Buckwheat is a gluten-free seed that has a number of benefits. The half cup of buckwheat contains about three grams of protein, two grams of fiber that kills belly fats and is in higher quantity than which is found in oatmeal, and enough magnesium (mineral required for muscle development and carb metabolism) that caters half of your day’s requirement. A study published in the Journal of Nutrition recommended higher consumption of magnesium as it was linked with the lower level of fasting glucose and insulin. So, why waiting? Add these fantastic little pieces in your diet and flatten your belly.

If you don’t like to eat meat, the best replacement you could have is with lentils. Just having one cup of lentils can replace a protein of three eggs and even have a minute quantity of fat. Lentils are also riched with fiber content so they can satisfy your hunger. These are also associated with fat loss. According to Spanish researchers, people who added legumes four times a week in their diet tended to lose weight more profoundly and maintain cholesterol compared to other people.

Peas might get underestimated over spinach, but trust me, a one-cup serving of peas has eight times more protein than a cup of spinach. Other than that, peas are loaded with vitamin C and can cover the daily requirement of it just by a single cup to support your immune system. So, we can say that adding these small pieces can do big wonders for your vegan diet.

Do you know why it is recommended to take foods rich in protein and fibers? The reason is simple; such foods lower the hunger levels, and so it is best to make them a part of your vegan diet. Listing artichokes here is because it is a great meal. It contains nearly two times greater amount of fiber than kale and has the highest amount of protein than other vegetables. The fiber content is about 10.3 g per medium-sized artichoke or has about 40% of the total daily fiber requirement of an average woman.

The key ingredient of any vegan diet is spinach. People often use it in the salad because of its incredible caloric ratio. One cup of spinach and a hard-boiled egg have the same amount of protein so that spinach can be a valuable egg replacement. Other than that, spinach contains vitamins, and it plays a role in the absorption of calcium. It also inhibits the bloating effects of itself.

Quinoa is a nutrition-rich seed taken from the goosefoot plant, and just like chia seeds, it also contains all the nine essential amino acids. The seeds are packed with fiber and unsaturated fats, adding up a lot more to your diet. You can enjoy these nutty-taste seeds in your vegan diet, but make sure you rinse them well before cooking; otherwise, the nutty taste would overcome by the bitter taste of their outer covering. They are yellow, black, and red-colored.

Flaxseeds are often used in bakery goods and sweets. These oval-shaped seeds have fiber, protein, and omega-3 fatty acids, particularly alpha-linolenic acid. They can be taken as a whole or grounded. When milled, flaxseeds can thicken. A term Flax Eggs is often used when grounded flaxseeds mix with water, and the resulting thickened material can serve as an egg substitute.

Many of you people aren’t aware of this whole grain, but trust me, if you try it, you will love it. Triticale is a sister grain of wheat-rye that contains 12 grams of protein in a half-cup. Besides protein, it is heavy with iron that is important for your brain activity, potassium that kills the bloating, magnesium, and a wholesome of fiber.

Don’t underestimate the power of pumpkin seeds, as you have no idea what special treat they have stored in for you. They have magnesium, phosphorus, and zinc which are needed for the energy of your body. But wait, did I forget to tell you something? Yes, they do have a whole pack of protein in them.

I hope you find the article informative enough to fill your vegan plate with some plant-based protein foods.

3 Ingredients You Don’t Want in Your Hair Care Products