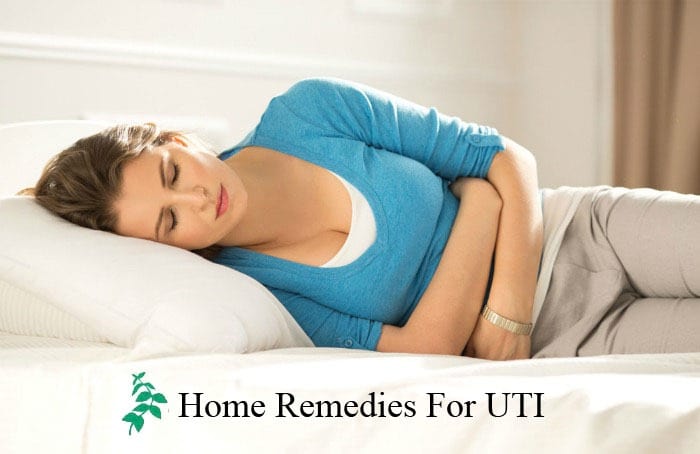 Urinary Tract Infection (UTI) is the second most common problem among people, which has become the reason to visit doctors frequently. This problem is common among women as compared to men. Every year, more than 8 million women visit doctors with this problem, where 20 percent are those who experience this problem more than once. It is also called bladder infection.  This infection is developed when bacteria enter the urethra and travel up into the bladder. The urethra is the tube that takes urine out of the body. Once bacteria enter the urethra, they attach to the walls of the bladder and multiply quickly. Many females are unaware of their symptoms, which can lead to significant damage if not treated early. Let’s discuss some general UTI symptoms. 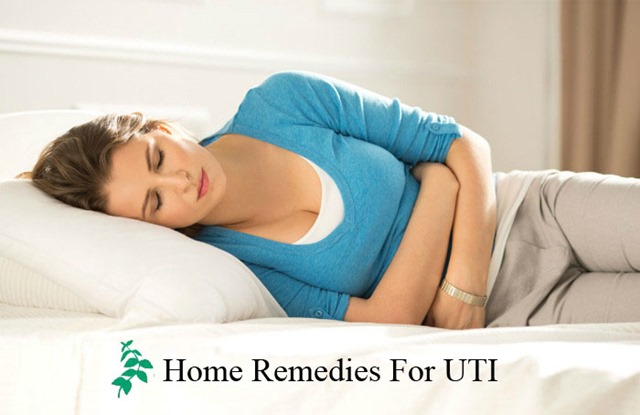 Although Urinary tract infection can be cured through antibiotics, it is preferred to use home remedies that remove bacteria completely and eliminate the risk of having them again. The best way to treat UTI is, when you encounter the above discussed UTI symptoms, start using home remedies immediately to avoid the risk of spreading the bacteria in the urethra.

Water is the best remedy if you are dealing with UTI.  Drink more than eight glasses of water daily to flush out bacteria from your urinary tube that’s causing the infection. Drinking plenty of water can put you on the right track of recovery, according to the National Institute of Diabetes and digestive and kidney diseases (NIDDK).  Water also helps in diluting your urine, which makes it less painful, and it gives you something actually to push out when peeing.

Cranberry juice helps in preventing UTI and has been a natural cure for bladder infections. According to research, Cranberry juice has proven to be an excellent remedy for women dealing with a bladder infection. Some new studies also suggest that there is a piece of limited or mixed evidence concerning treating UTI, but cranberries can be used as a preventative strategy.

Garlic contains allicin, which is found to have antibacterial properties that help in fighting all kinds of bacteria present in the body. A research team in India decided to investigate whether garlic is an excellent remedy for UTI or not. They discovered that 56 percent of 189 bacteria present in the urine of people with UTI  showed resistance to antibiotics, where 82 percent of the bacteria were treatable with garlic.

How to Use Garlic for Uti Treatment

Garlic is one of the best remedies for urinary tract infection, but remember, Do not cure UTI with garlic alone; it can lead you to permanent damages.

First, start drinking plenty of water more than six glasses in a day. For garlic treatment, you must reach your daily water objectives. Now, let’s start with garlic. Every night, peel three cloves of garlic and crush them. Mix them well and swallow them with lots of water. Make sure; the garlic is raw because the cooked garlic loses a lot of its nutrients and antibiotic properties. Within a few days, you will experience less pain while peeing, and your UTI symptoms will going to decrease.

Parsley Tea is commonly used as a refreshing drink after dinner, but it has some significant effect on people suffering from UTI. It helps in relieving urinary tract infection and also speeds up the process of healing. Parsley is loaded with Vitamin C more than any other vegetable and fruit.  Parsley acts as a diuretic, which helps in flushing bacteria from the body’s bladder and urinary tract.

How To Use Parsley For UTI

There are many ways you can use parsley to cure UTI, but the most common is parsley tea.  It can also be added as one of the ingredients in your regular diet or salads.

Making a parsley tea is very easy. Boil 4 cups of water and add at least four teaspoons of fresh parsley ( stems and roots both). Reduce the heat so the leaves can infuse the water for 6 – 10 minutes. After that, strain the leaves and stems out of the drink, and your Parsley tea is ready.  If you want to use dried parsley, simply boil some water and add some dried parsley,  steep it for 8 minutes and then strain.

Remember – In cases with pregnant women with UTI, parsley is mainly avoided because it is a uterine stimulant and may cause more harm than cure.

Ginger tea is an effective remedy in treating urinary tract infection, as it contains some powerful medicinal properties that are helpful in killing the harmful bacteria in the body that is responsible for making your immune system weak. People suffering from UTI can take ginger tea, which helps clean bacteria present in the urethra.

Making ginger tea is the same as making regular tea. Add some ginger stripes in a glass of water and boil it for 10 – 15 minutes. Once you start smelling ginger in the fumes, it means your tea is ready.

Remember: Do not consume more than 3 cups of ginger tea in a day.

Pineapple juice is another best remedy for treating urinary tract infection. Pineapples contain a particular enzyme called bromelain, which helps in killing bacteria and reduce the symptoms of UTI. You can consume pineapple as fruit and also as a juice. It is better to consume fresh pineapple rather than canned ones.

Tea Tree Oil has some great antibacterial properties that help in killing harmful bacteria’s in the body. This oil cannot be consumed, it has to be applied on the body during a bath, or you can rub on the lower abdomen to reduce the pain.

Apple cider vinegar contains enzymes and potassium, which prevents the growth of harmful bacteria in the body. It also works as an antibiotic in fighting with urinary tract infection.

Barley water is one of the best home remedies for UTI if you have constant pain in your urethra. It helps in bringing down the heat content in the body and also cleanses the kidney and keep it free from toxins. It helps in passing out urine several times a day, which removes the bacteria present in the urinary tract.

I hope you learned some great tips today. You can follow the above-discussed remedies if you are dealing with urinary tract infection. If the symptoms persist for more than a week, you should consult the doctor immediately.

How to Get Rid of Eye Stye Using Home Remedies

3 Ingredients You Don’t Want in Your Hair Care Products